From 28 to 29 November 2019, the second networking event of the BMBF-funded Junior Research Groups of the funding measure “Civil Security – Fostering Young Scientists through Interdisciplinary Competence Building” took place in Münster. The event was organized by the Junior Research Group “Pluralization of Local Urban Security Production (PluS-i)”, which is based at the Institute for Political Science at the University of Münster. 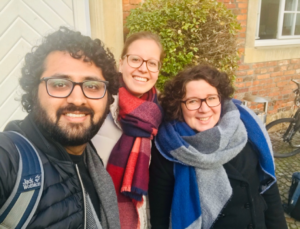 The networking event was entitled “Shaping networking” and offered a good opportunity to exchange ideas with the other Junior Research Groups and to network about our research.

Dipl.-Pol. Dipl.-Psych. Hermann Groß from the University of Applied Sciences (Hessische Hochschule für Polizei und Verwaltung) held a keynote in order to get attuned. Groß talked about the subject of networking between research institutions and practice partners. Using the example of the police, Groß explained how research and results can be implemented in the practical field.

Subsequently, we had a group discussion about the role of practice partners, how companies and authorities can be sensitized for the research projects, methods, approaches and aims and how the results of the projects can be transferred to practice partners.

The first day of the event ended with a poster session of the group members’ doctoral and postdoctoral projects in order to gain an impression of the various projects and to discuss similar topics, methods and theories before the evening died away with a night watchman tour of beautiful Münster.

The second day was dedicated to the networking between the five Junior Research Groups. The topics “research data” and “dealing with interdisciplinary definitions of terms” were deepened in group work. In a final discussion, it was suggested that the Junior Research Groups set up a networking platform to facilitate the exchange between the groups on a regular basis – also independent from face-to-face meetings and to support more awareness und collaboration between the group members.

For us, it was a great event, with many new impulses and suggestions! We thank the PluS-i Group for the very successful event and look forward to hosting the next networking meeting in May 2020 in Siegen. 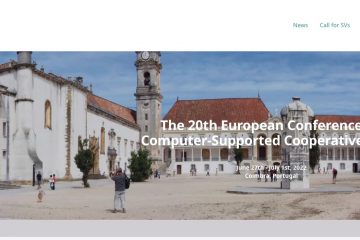 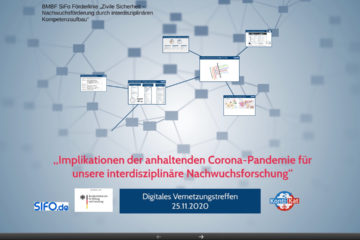